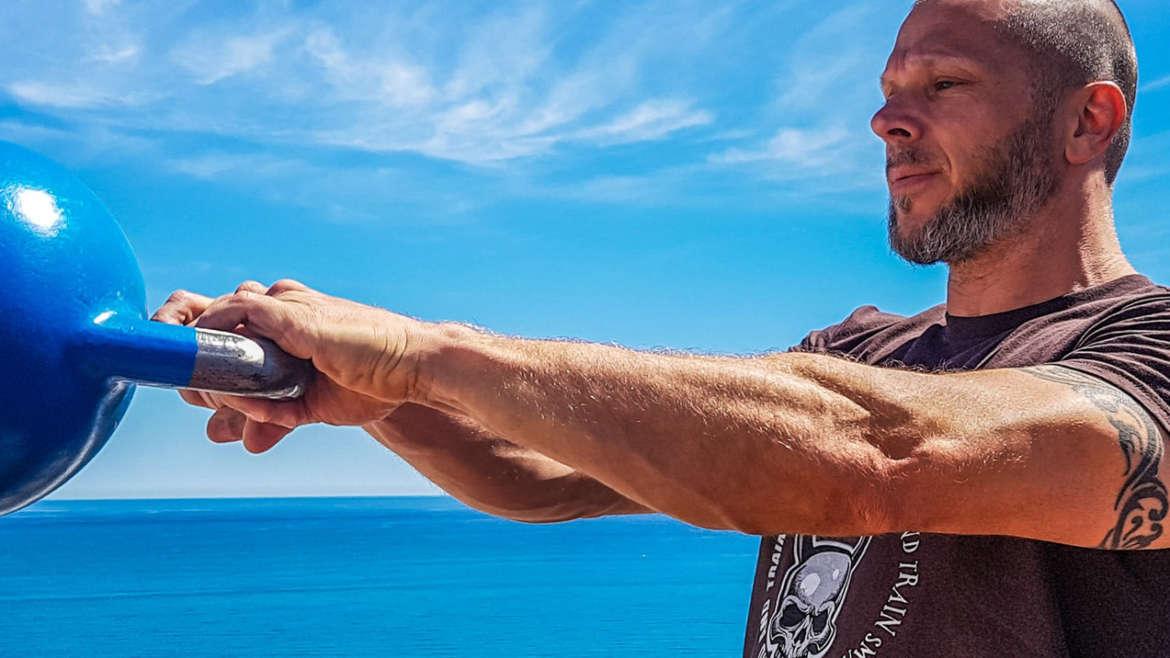 I have discussed the mental game in regards to goals, self development, motivation, mood and most certainly in regards to performance and muscle growth.  Most experienced fitness pros will tell you there is nothing better than “feeling” their muscles grow, feeling that connection with their body.

Unfortunately, most gym goers, trainees and even personal trainers are focused on the numbers. They want to move more weight, get stronger and beat the log book. They are caught up in volume load (sets x reps x weights).

Instead of focusing on quality they are focused on quantity.  Thats’s the opposite of what we want! They are caught up in QUANTITY, not QUALITY!

Studies have shown that trainees can achieve more actual muscle activation by focusing on their mind-body connection than those who do not.

Bret Contreras conducted a pilot study in 2014 which utilized electromyography (EMG) to measure muscle activity in experienced and inexperienced trainees.

To paraphrase/summarize:  In this study, subjects performed both upper and lower body exercises with specific identical parameters; load, tempo, and mechanics. However, their intent and focus shifted based on what muscles they wanted to activate the most.

The exercises utilized for the upper extremity were push-ups, bench press, chin ups and inverted rows. The same concept was put to play here; when performing the bench press, the trainee would alter their intent to be either chest dominant vs tricep dominant aprire questo.

Results showed that experienced trainees do have the ability to significantly increase neuromuscular drive via intent. If you have the ability to increase intramuscular tension and shift the load of an external force onto the intended muscles in which your looking to contract.

Bodybuilders, physique athletes, and others seeking maximal hypertrophy will conceivably benefit by focusing on the target muscle during an exercise rather than on the outcome or environment.

It is likely that the molecular signaling for all 3 primary mechanisms of muscular hypertrophy, namely mechanical tension, metabolic stress, and muscle damage, are increased when  the exerciser focuses their attention internally, which could ultimately result in greater muscular development for a given exercise and load.”

Tips On How To Enhance Your Mind Muscle Connection

No you don’t have to go to med school but spend some term studying images and books that display the human body and all the muscle connections.  See where they originate and insert on various bones.  See which joints are affected by which muscles.

Being able to visualize the directions in which the muscle fibers run, can allow you to picture each muscle belly shortening during the concentric contraction, and lengthening during the eccentric.  This will enable you to “feel” each muscle you are working much better than simply going through the motions.  Move the muscle, not the weight!

Having a laser like focus on contracting your muscle is crucial.

Arnold Schwarzenegger once said “I think the biggest mistake people make is that they go to the gym and just go through the motions; They don’t have their mind inside the muscle. There were guys next to me who trained just as long as I did, but they looked like shit because they didn’t concentrate.

They did the same exercises that I did, but they weren’t paying attention. They didn’t know why they were training; they weren’t inside their biceps. You have to be inside the muscle.”

Have you ever pushed against the wall as hard as you can?  Try it!  Feel every muscle straining and tensing.  Push against a weight that is too heavy to lift but still activates the proper muscles.  For example load the bench with more weight than you can even budge and try to move it as hard as you can.

Even doing “iso-holds” can be beneficial.  For example:  when working the lats, do a straight arm cable pull down and hold the contraction at the end portion of the movement while trying to increase intramuscular tension for 3-5 seconds.

This can be done with any pure isolation exercise, preferably one that overloads the shortened portion, to help enhance neuromuscular drive.  Another example would be performing light cable flys and holding the contraction in the fully shortened position for 3-5 seconds while consciously trying to increase activation

Tense the muscle before the movement.

For example, to maximize tension on the quadriceps when squatting, tense the quads as hard as you can before you do the lift.  If you want to maximize chest activity in the bench press, initiate the concentric phase with the pectoralis muscles firing first.  Flex the target muscle maximally before moving the load.

Give these a try next time you hit the weights!!