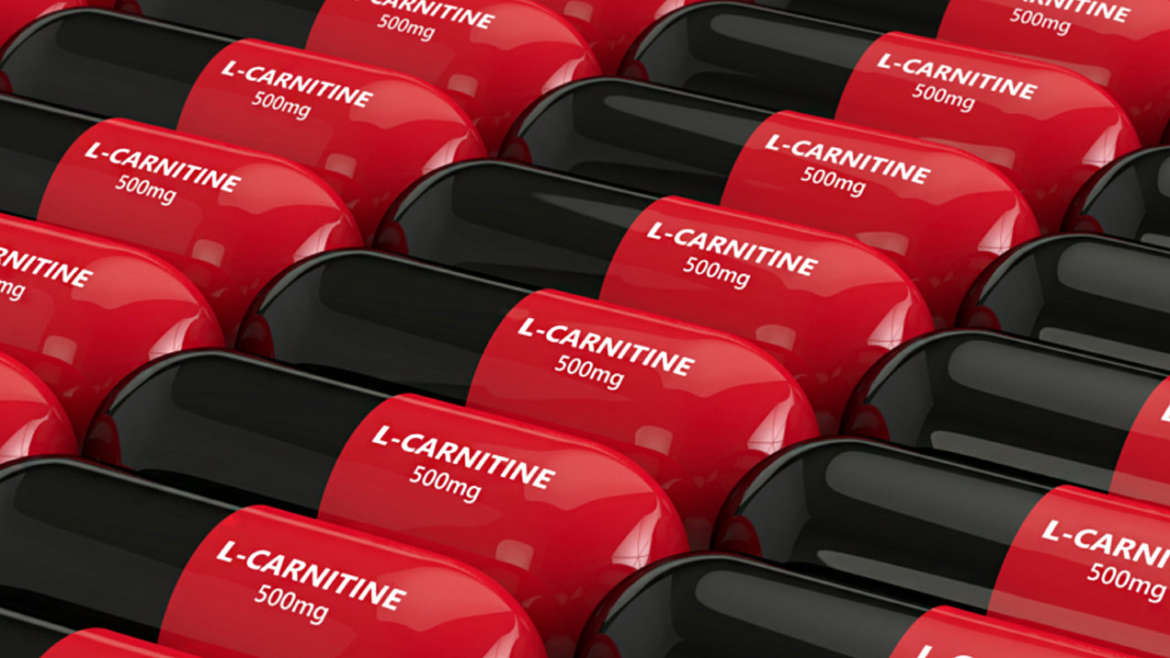 Amino acids are crucial to optimal performance and health. When it comes to health, though, some amino acids, like L-carnitine and glycine, stand out from the rest.

As it’s found only in small amounts in certain foods like beef, fish and chicken, many of us aren’t getting enough L-carnitine in our diets. Fortunately, it’s also available in capsule, liquid or injection form to provide optimal supplementation.

This superstar supplement has been shown to do everything from enhance athletic performance to bring fat burning to the next level. Here’s what you need to know about this important amino acid and what it can do for you.

Carnitine is a type of amino acid that benefits energy levels by transporting fatty acids into the mitochondria where they can be burned up and used as fuel.

It plays a crucial role in the production of energy by transporting fatty acids into your cells’ mitochondria.  Mitochondria then burns these fats to create usable energy in the form of ATP.

Your body can produce L-carnitine out of the amino acids lysine and methionine.

For your body to produce it in sufficient amounts, you also need plenty of vitamin C.  Hence the importance of a balanced nutrition plan!

In addition to the L-carnitine produced in your body, you can also obtain small amounts by eating animal products like meat or fish.

Vegans or people with certain genetic issues may be unable to produce or obtain enough. This makes L-carnitine a conditionally essential nutrient.

Carnitine occurs in two forms, or isomers: L-carnitine and D-carnitine.

L-carnitine is the active form that plays a role in energy metabolism and production. It is produced within the body, but it can also be taken as a supplement or found in many different protein foods as well.

Here are several other types of carnitine:

Because L-carnitine plays a central role in energy production, many use it for bodybuilding and athletic performance as a way to enhance endurance and boost energy levels.

In one study published in the Journal of Strength and Conditioning Research, giving professional soccer players three to four grams of L-carnitine before exercise was found to prolong the time it took to reach exhaustion.

Similarly, an animal study out of India published in the journal Wilderness & Environmental Medicine showed that giving rats L-carnitine improved exercise endurance.  For this reason, supplementing with this amino acid may especially benefit endurance athletes, such as long-distance runners, swimmers or cyclists.

Many people look to L-carnitine as a way to help shed unwanted pounds and lose weight fast. When combined with diet and exercise, some studies have found that supplementing with it can, in fact, be an effective way to enhance weight loss.  L-carnitine can facilitate the fat burning process inside the cell.

One analysis of research out of Iran looked at the results of nine studies and found that supplementing with carnitine led to a significantly greater amount of weight loss as well as a larger drop in body mass index compared to a control group.

In one study conducted in Germany, overweight participants received a regular diet, either with or without the addition of L-carnitine.  After 10 days, L-carnitine was found to significantly increase the breakdown of fat.

Another study published in the Journal of Physiology showed that increasing the amount of carnitine in the muscles helped prevent fat gain by increasing fat burning and energy expenditure during physical activity brasil-libido.com.

However, L-carnitine weight loss results may vary, and other studies have turned up mixed results.  While L-carnitine may work for some people, it shouldn’t be considered a quick fix. Pair it with regular exercise and a healthy diet to see maximum results.

Besides increasing endurance and amping up weight loss, this amino acid also makes a useful supplement for athletes looking to prevent and protect against muscle damage.

In one 2014 study published in the Asian Journal of Sports Medicine, 21 male athletes were given either L-carnitine or a placebo daily for two weeks prior to an athletic test. Compared to the control group, those who took L-carnitine were found to have lower levels of certain markers that indicate muscle damage.

L-carnitine isn’t just good for your body, but it’s good for your mind as well. In fact, promising research has found that it may positively impact brain function and cognition.

One study conducted by the University of Catania in Italy and published in the American Journal of Clinical Nutrition looked at the effects of daily L-carnitine supplementation on mental and physical fatigue in elderly participants over 100 years old. Not only was it found to reduce total fat mass and increase muscle mass, but it also helped decrease fatigue and improve cognitive function.

Other studies have even found that acetyl-L-carnitine, another form of L-carnitine, could help reverse cognitive decline and improve memory in patients with Alzheimer‘s disease.

In specific cases, this form may even protect your brain from cell damage.

In a 90-day study, people with alcohol addictions who took 2 grams of acetyl-L-carnitine per day experienced significant improvements in all measures of brain function.

Some promising research has shown that carnitine supplementation could aid in maintaining normal blood sugar levels and fighting insulin resistance.

Insulin is the hormone responsible for transporting sugar from the bloodstream to the cells where it can be used as fuel. Too much insulin can lead to insulin resistance, decreasing its effectiveness and resulting in high blood sugar.

A study out of Rome published in the Journal of the American College of Nutrition showed that infusing people with diabetes with L-carnitine improved insulin sensitivity and increased the uptake of sugar from the bloodstream.

Some studies demonstrate a potential for reducing blood pressure and the inflammatory process associated with heart disease.

In one study, 2 grams of acetyl-L-carnitine per day resulted in an almost 10-point drop in systolic blood pressure, an important indicator of heart health and disease risk.

L-carnitine is also linked to improvements in patients with severe heart disorders, such as coronary heart disease and chronic heart failure.

One 12-month study observed a reduction in heart failure and deaths among participants who took L-carnitine supplements.

Animal products are the best natural sources of L-carnitine, with foods like grass-fed beef packing in the highest amount per serving. It can also be found in small amounts in some sources like vegetables and grains.

Here are the foods that contain the most L-carnitine per serving, according to the National Institutes of Health:

Although carnitine can be found naturally in plenty of food sources, it’s also available in supplement form as well.

The first step is deciding what form to use and when to take your supplement. It can be found in L-carnitine liquid, capsule and injectable forms for a quick and convenient way to boost your carnitine levels.

For oral L-carnitine, be sure to take it with meals to maximize its effectiveness.

The standard L-carnitine dosage is 500–2,000 milligrams daily. Based on most current research available, a dose of up to two grams per day can be used safely and effectively with minimal side effects.

The dosage may vary by the type of L-carnitine supplement, however. Acetyl-L-carnitine, for example, can be used in doses up to 2,500 milligrams per day while the dose for L-carnitine L-tartrate, a form typically used to enhance athletic performance, can range all the way up to 4,000 milligrams.

Keep in mind that when adding any supplement into your routine, you should always start with a low dose and work your way up to ensure you’re able to tolerate it without adverse side effects.

Risks and Side Effects

When used as directed, carnitine can be safe and effective with minimal risk of side effects. Common L-carnitine side effects include stomach pain, nausea, vomiting and diarrhea.

L-carnitine may increase the risk of seizures in those with epilepsy. If you’ve had a seizure before, you should not take carnitine.

Additionally, carnitine may worsen symptoms of hypothyroidism. If you have an underactive thyroid, you should consult with your doctor before taking this amino acid.

Finally, keep in mind that carnitine may enhance fat loss and weight loss for some people, but it should be used in combination with a healthy diet and active lifestyle to see the most results.

Carnitine is one of several key ingredients in my custom-designed Fat Loss Formula called Meta-3!