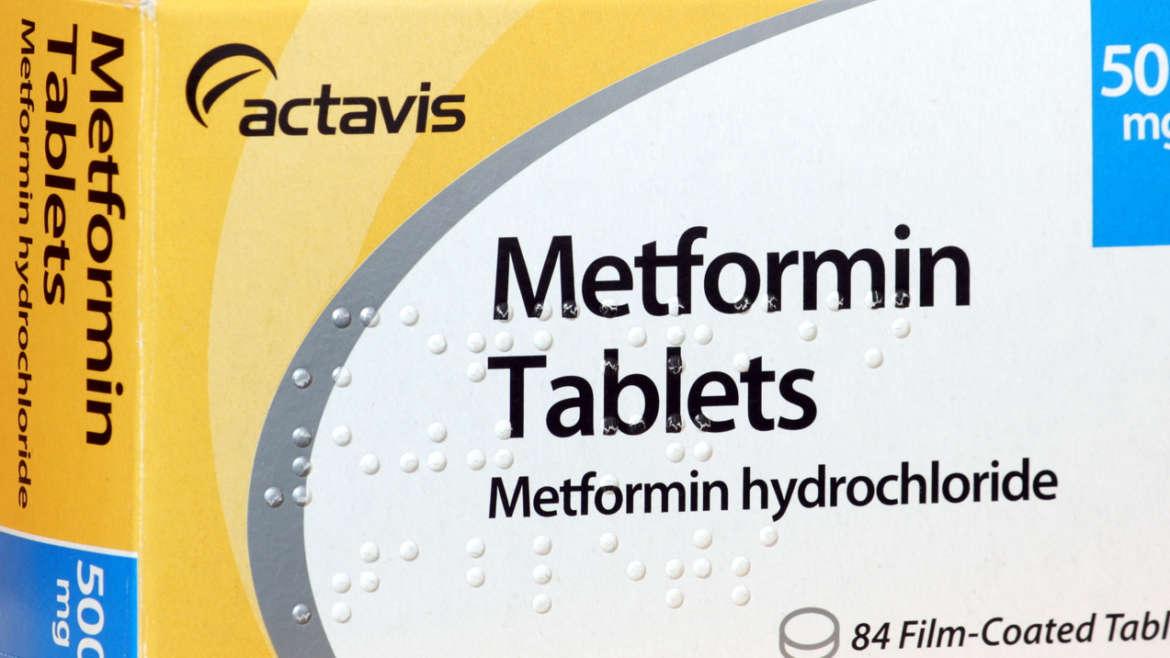 Metformin is one of the most commonly prescribed drugs for diabetes management. It’s one of the most well-known and studied medicines as it’s been used in England since 1958 and in the United States since 1995. It is derived from a compound found in the French Lilac, and has a track record of safety and effectiveness at doses of up to 2,000 mg daily.

Metformin improves glycemic control by decreasing hepatic glucose production, decreasing glucose absorption and increasing insulin-mediated glucose uptake. Also, Metformin induces weight loss and is the drug of choice for obese patients, especially since most of these patients are already pre-diabetic or at least insulin resistant. It is used successfully in women with PCOS (polycystic ovarian syndrome) for symptom improvement, weight loss, and disease prevention.

So what evidence is there for the FDA to consider this drug as a longevity/anti-aging medication? Here are some of the actions that are being studied:

Metformin can block or diminish many of the fundamental factors that accelerate aging. These include protecting against DNA damage and glycation, improving mitochondrial function, and prevention/improvement of chronic inflammation. Metformin has also been shown to facilitate DNA repair, which is critical for cancer prevention.

Through mitigation of some of these fundamental degenerative processes, metformin can prevent the development of many chronic disease states that adversely alter the aging process.

Metformin has also been shown to increase the production of known longevity-promoting signaling molecules in cells, such as AMPK, which reduces fat and glucose storage and can optimize cellular functioning.

Studies have shown that by activating AMPK, metformin specifically impacts lifespan. AMPK activation helps mimic the beneficial effects of calorie restriction, which is the best documented method of slowing the aging process and extending lifespan.

AMPK activity declines with age, making us more vulnerable to many of the diseases associated with aging. Fortunately, recent studies show that by activating AMPK, metformin plays a major role in preventing age-related disorders including cancer, cardiovascular disease, obesity, and neurocognitive decline. By combatting many of the underlying causes of aging, and by activating AMPK, metformin can be considered a broad-spectrum “anti-aging” drug.

Here are some of the benefits that Metformin currently provides –

Metformin is now known to prevent many early steps in the development of atherosclerosis:

It mitigates LDL oxidation and the resulting endothelial dysfunction, which slows the development of atherosclerosis.

It reduces the conversion of harmless immune system cells (monocytes) into fat-laden macrophages, an action that reduces their accumulation in vessel walls. It also increases cholesterol export out of those cells, while also suppressing the inflammatory stimulus they normally produce. It decreases total cholesterol and low-density cholesterol, free fatty acids, tissue plasminogen activator antigen and insulin level.

It offers critical protection to endothelial cells that line coronary arteries, which supply blood to the heart muscle itself. Specifically, metformin enhances the resistance to endothelial cell inflammatory damage in the presence of high fat concentrations.

Metformin’s ability to activate AMPK makes it especially beneficial in combatting obesity. This is because AMPK is a metabolic regulator that stimulates youthful cellular behaviors such as burning fat (instead of storing it), taking glucose out of the blood (see above), and recycling cellular contents to eliminate toxic proteins. This is true in some of the most challenging populations, such as women with polycystic ovary syndrome, a major cause of obesity and endocrine problems in premenopausal women.

There is rapidly growing literature on Metformin’s potential role in preventing neurodegenerative disorders such as Alzheimer’s and Parkinson’s diseases. Once again, much of this literature focuses on Metformin’s ability to activate AMPK, the youth-promoting energy regulator in our cells.

One major effect of AMPK activation is the cleanup of accumulated misfolded proteins in brain cells. The accumulation of such proteins (tau and beta-amyloid) contributes to brain cell death and dysfunction in neurodegenerative diseases.

Thus, it makes sense that metformin might be effective in preventing disorders associated with those proteins. Numerous animal and laboratory studies show that Metformin does indeed have such effects.

These studies demonstrate that Metformin:

For now, the evidence on Metformin and aging is reserved to these observational studies. However Barzilai and others are running a clinical trial to explore how the treatment stacks up to a placebo. The trial, titled “Targeting Aging with Metformin,” or “TAME” for short, began in 2015, and will be looking at at men and women over the age of 60. It won’t conclude for another five years, so we will have to wait and see what it shows.

PRECAUTIONS
Although metformin has an outstanding track record in the fight against diabetes, cancer, obesity, neurodegenerative and cardiovascular diseases, there are some precautions to be aware of with its use.

1. Metformin is known to interfere with the absorption of B12, increasing the risk of vitamin B12 deficiency ed-danmark.com. Low B12 levels contribute to higher concentrations of homocysteine—an independent risk factor for cardiovascular disease and a known inflammatory chemokine. Individuals using Metformin should ensure that they are taking higher doses of B-vitamins (at least 300 mcg of Methylcobalamin, the active form of vitamin B12) and checking their homocysteine levels to ensure proper protection.

2. Some studies have shown that Metformin reduces free and total testosterone levels in men. Testosterone is especially important in male diabetics as it enhances insulin sensitivity.

3. Side effects associated with Metformin use include gastrointestinal distress or a slight taste disturbance, usually a metallic taste. Rarely, Metformin may cause a potentially serious lactic acidosis, a buildup of lactic acid in the blood.

If you use or are considering Metformin, consult your physician for more details!