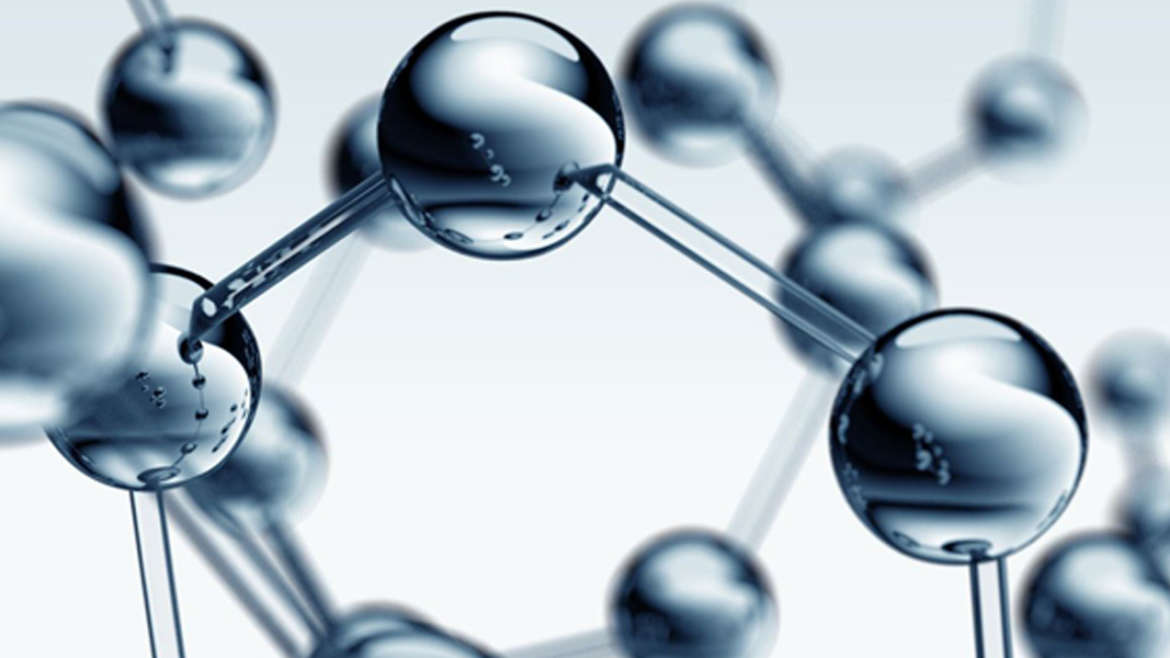 So, what is a peptide? A peptide is a small chain of amino acids. Usually, a peptide is an amino acid structure with less than 50 amino acids and a protein has more than 50 (in general although there are exceptions). Peptides are used in your body to send signals, communicate and turn on/off biological processes. When we talk about peptide therapy we are referring to using peptides that are either the same or very similar to our body’s own natural occurring peptides to achieve a result or improve body function.

As we age and experience various changes in diet, stress levels, and lifestyle, the production of some essential amino acids and peptides decreases.  If you aren’t absorbing or making enough of these amino acids, your production of that hormone will be lowered. For example, as we age levels of growth hormone decrease. There are several amino acids that are necessary to produce such hormones.
Those of us interested in health and fitness are looking to counteract the lower levels of these essential amino acids and peptides in order to maximize our body’s ability to both recover and perform at an optimal level.  Peptide treatments are becoming more common among individuals looking to improve their health.

Why Undergo a Peptide Treatment?
Most of the injectable forms of peptide treatments are received by patients to increase production of human growth hormone (HGH), which can increase lean body mass, lower body fat percentage, and improve the speed of recovery after workouts. Other peptides are used to increase wound healing, speed up repair of tendon or soft tissue injuries, and others act as an aphrodisiac and sexual performance enhancer!

Peptides have a good safety and efficacy record and a predictable metabolism – The peptides used are either bio-identical or analogs (cousins) of peptides and proteins already used in the body. In most cases they are synthetically made (read more later) but are designed to trigger the same responses in the body as the natural version. Because of their similarity to naturally occurring peptides in the body, they are very safe and predictable. Most peptides are broken down using the dipeptidyl peptidase enzyme pathway. This is the same pathway naturally occurring peptides, proteins and hormones use ensuring the peptides use do not interact with pharmaceutical drugs, even further adding to their safety. Also, since these peptides work with natural body processes, the potential for long-term side effects are very low. That said, it is possible that if the peptide therapy is not made and/or stored correctly they could change to a foreign protein and illicit an immune response.

Peptides have high selectivity and potency – This gives peptide a high therapeutic profile: selectivity is the ability to target specific cell types and imitate natural physiologic signals without cross-reactivity or unexpected reactions. Because these treatments can be so selective with the cell types they treat and the predictable outcomes they provide, the ability for highly potent treatments. Example: a peptide that is only active in heart tissue would be able to be given as a treatment and only work on the heart tissue.

One of the biggest drawbacks of peptides is they are chemically and physically unstable – Inside your body and inside your cells is a very complex environment that is hard to mimic; if that weren’t complex enough, many of these peptides are only active in your body for minutes after they are produced. With these hurdles to overcome, the creation of a product that is usable for treatment can be the hardest part. Providing the stability in formulating (usually using special buffers or lyophilization) makes the product sensitive to temp, sunlight and even excessive agitation. Due to the half-life (how long the peptide will last in the body) being so short for many of these peptides, frequency in dosing becomes a problem. As you may be able to tell, the creation and storage of these peptides are difficult, putting a major emphasis and importance on finding a good source to get peptides from.

Not orally available (mostly) – Due to the instability of the peptides most need to be administered via subcutaneous (under the skin) injection. The peptides are small, so they can be administered with small insulin syringes, which are relatively painless. Some can be used orally or intranasally, but absorption is limited. Injections also ensure protection of the peptides from digestive enzymes, which would quickly destroy the small peptides. Over time, some peptides may become available in nasal sprays, lozenges and eventually orally.

The future of peptides is exciting – With over 7,000 peptides discovered and hundreds of these undergoing clinical development research and studies, peptide therapy is truly at the cutting edge of when medical science is trending. Peptides offer a huge therapeutic opportunity now and in the years to come. There are many classes of peptides; below is a list of peptides that are more commonly used in our office.

Truly, when we are talking about peptide therapy, we are discussing using the non-brand name peptides (see our list below). These still require a prescription and should only be prescribed by a doctor that knows how these peptides work and know which will work best for you individually.

Ipamorelin – Selective GH-Secretagogue and ghrelin receptor agonist. Works best in combination with the CJC-1295 (the CJC-1295 and Ipamorelin is our most popular GH enhancing peptide therapy). Ipamorelin is especially effective because the benefits come without an increase in appetite the happens with GHRP6 and GHRP2. It also doesn’t increase cortisol and other hormones.

Tesamorelin – The most potent GHRH analog. This peptide has the greatest impact on IGF-1 levels which is the simplest indicator of increased Growth Hormone. Studies also show Tesamorelin has good cardiovascular benefits, improved body composition and nootropic effects (memory enhancement).

GHRP2 – Growth Hormone Releasing Peptide 2 is a small peptide that works to stimulate natural growth hormone release by working through stimulating the ghrelin receptors and limiting the amount of somatostatin present. 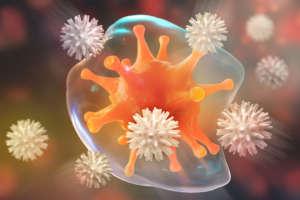 BPC157 (Pentadecapeptide) – This peptide is one of my favorites. BPC157 is a partial peptide derived from a natural occurring peptide in your gastric juices called Body Protection Compound. The name of this peptide gives you a hint of what it can do in the body. Most of the research is being done in Croatia, and they are having amazing results.

Mostly the animal studies have been released, but this peptide has been shown to decrease pain in damaged areas, as well as stimulating healing brasil-libido.com. Studies show increased healing speed in ligament and tendon injuries. These traits are the reason this peptide has the nickname ‘The Wolverine Peptide’ on the internet due to rapid healing like the comic book character. We also use this peptide for digestive issues, including one of the few therapies that are effective for intestinal permeability (leaky gut).

Thymosin Alpha 1 – This peptide is an important stimulator of the immune system. As you age your thymus (a major gland in your immune system) shrinks and loses function. TA1 can help restore the immune function, particularly cell-mediated immune function (augmenting T-cell production) and immune regulation. Currently TA1 has promise for chronic fatigue, Lyme, viral disease and potentially cancer and other chronic immune (even auto-immune) related diseases.

Thymosin Beta 4 – Thymosin is another peptide released from the thymus. TB4 assists in the development of B cell and anti-body production. TB4 also has a role in tissue repair providing protection, regeneration and remodeling for damaged tissues. Another popular peptide TB500 is derived from TB4. 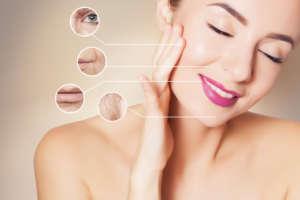 Epithalon (Epitalon) – This very unique peptide developed in Russia is a synthetic version of a natural pineal peptide, Epithalamin. There are major benefits and this peptide should be included in every anti-aging protocol. The studies fit into the “too good to be true” status. It can act as a major total endocrine system regulator rebalancing and optimizing the whole system.

As well as one of the few things known to increase telomerase (the enzyme responsible for protecting your DNA). The multiple too good to be true studies mentioned show significantly lower mortality rates in geriatric populations (most studies done with participants that are 70+ years old) in long term studies of even 12 or 15 years. One of the great things is this doesn’t need to be taken regularly to reap the benefits of this peptide therapy. It can also be taken in conjunction with another peptide Vilon for even better results.

PT141 (Bremlanotide) – This peptide was developed from another peptide therapy, Melanotan II. (One of the side effects of Melanotan was excessive tanning.) PT141 works to increase arousal and sexual response in both men (ED and impotence) and women (sexual arousal disorder).

PT141 doesn’t do this by addressing the vascular system (like most ED meds) but rather the nervous system allowing it to work for men who don’t respond (or don’t want to use) the pills and women as well. One draw back is most patient experience slight to moderate nausea until the medicine kicks in.

PEG-MGF – MGF (Mechano Growth Factor) is derived from IGF-1 but they were able to isolate just the section of IGF-1 responsible for muscle growth and repair. MGF is used in a natural pathway in the body. This message pathway is involved in turning on the dormant stem cells in your muscle tissue to encourage growth and healing. The PEG’ylation increase the stability of the MGF to make it usable in the body.

Follistatin 344 & 315 – Follistatin is a Myostatin Inhibitor. Myostatin is a regulatory hormone in the body that prevents muscle growth and causes muscle breakdown. Follistatin blocks this leading to increased muscle mass and strength. Potential also exists beyond the body building benefits for conditions that involve the breaking down of muscle. 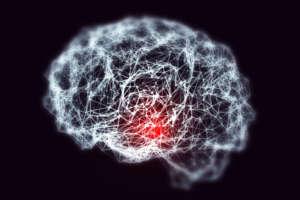 Cerebrolysin – Also called FPE1070, this nootropic peptide is being used in parts of Europe to help Alzheimer’s patients. This peptide can cross the blood-brain barrier and work to stimulate the brain’s protection and repair pathways.

It improves the brain’s aerobic metabolic response and can shield the nerves of the brain from free radicals and neurotoxins. Of the available nootropic peptides (including Selak and Semax) Cerebrolysin has its limits but also has the most promise.

Peptide treatments can be used to address a wide variety of conditions. If you are interested in learning more about peptides and how they can help you improve your health, lifestyle, and fitness levels, please contact me today!